product description:
The 730 project was a heavy tank developed by the former Soviet Union during the Cold War and was intended to replace the KV and IS heavy tank series. In the development process, it was named IS-8.

The M270 MLRS (M270 Multi-Barrel Rocket Launch System, M270 MLRS for short) is a self-propelled rocket launcher weapon system with armor. Since the 1983, the US military has used the M270 rocket launcher for the first time, NATO member states have begun to purchase some M270, and gradually become the standard weapon of NATO. In the United States and European countries, a total of about 1,300 rockets, M270, were produced. In 2003, the M270 was officially discontinued after the final delivery of the Egyptian army M270.

The design of the M4 Command and Control Vehicle (C2V) is similar to the XM5 electronic tank system of the UK BAE Ground Division, but the difference in mission equipment determines the configuration changes. The M4 C2V uses a telescopic antenna frame up to 10 meters long and the main power unit, including the environmental control system and the NBC overpressure system, which are integrated into the mission equipment accessories.

The car is based on the chassis of the standard M270 (MLRS) multi-barrel rocket system, which is heavily used in the US military. The first contract was for the manufacture of five M4s, but the contract had a three-year additional option worth $82 million and plans to deliver 46 units by February 2002. However, before the plan was terminated, only a total of 25 M4 command and control vehicles were delivered.

product description:
"Tashkent" was expelled from the shipJanuary 11, 1935Started construction in Italy,November 28, 1937Launching water,October 22, 1939The Soviet Union received service. The design of the Tashkent was an avant-garde at the time. It was one of the few large ships with a speed of more than 40 knots during World War II. After the transformation in 1942, the firepower was even upgraded to the light cruiser level.

During World War II, her main task was to serve as a transport ship for personnel and supplies. Among the Soviet ships that transported supplies to Sevastopol , the Tashkent was quite legendary, and even the Germans knew its name. It was transported dozens of times by the Soviets, and was subjected to the German Air Force. More than 90 air strikes, the German army threw more than 400 bombs and fired 10 torpedoes .

After the withdrawal of the Tashkent to the Naros Base of Novorossiysk, it was completely destroyed on the slipway during the air raid on July 2, salvaged in 1944, and was demolished in 1945 for its unrepaired value.

A specification that allows you to reproduce a six-car full organization simply by assembling it easily.

The accompanying car was set for the first time for two cars during organization.
□ The appearance is double-sided from the conventional single-opening door,

It is also selected as a Good Design product in 1997.

[Product]
■ Coloring by painting, printing is given beforehand,

A specification that allows you to reproduce a six-car full organization simply by assembling it easily.
□ The scale of the product is 1/150, N gauge scale.
□ After completion, the track and the bridge pier for the exhibition are also included.

■ Main part assembly is press-fit design. We are reducing the use of adhesive.
□ Front car front part is joint design with snap fit.

Reduces staining on the colored surface due to adhesive extrusion.

■ We maintain appearance reproduction such as cart and seat in comparison with former 1000 form,

The number of parts has been reduced to make assembly easier.
□ While maintaining the shape of the motor and the tire on which the truck is mounted,

It is considered as 2 parts of left and right division which is easy to assemble.
□ The bogie is divided into T / M bogies for the top / middle, and the top car has an ATC / TD antenna

The wife aside has a difference reproduction with no antenna.
□ Eliminate complicated parts division of the truck,

Space that became unnecessary led to floor surface expression in the car and accurate reproduction of the seat.
□ Cooler mesh on the roof has a detailed sculptural expression.
□ Light lens cover is another part of clear molding.
□ Coloring is also applied to the coloring of the car body and the front / side window frame.
□ Marks such as logo, car number, wheelchair / silver seat mark etc. are printed in advance. ■ Seal which reproduces markings of the details is attached.   □ The vehicle number is recorded on the sticker so that multiple formations can be arranged (without printing intentionally). □ Includes all four components from the first formation (2011 formation) to the fourth formation (2041 formation). □ Weak air conditioning notation is recorded on the seal, Weak air conditioning car notation includes two cars, 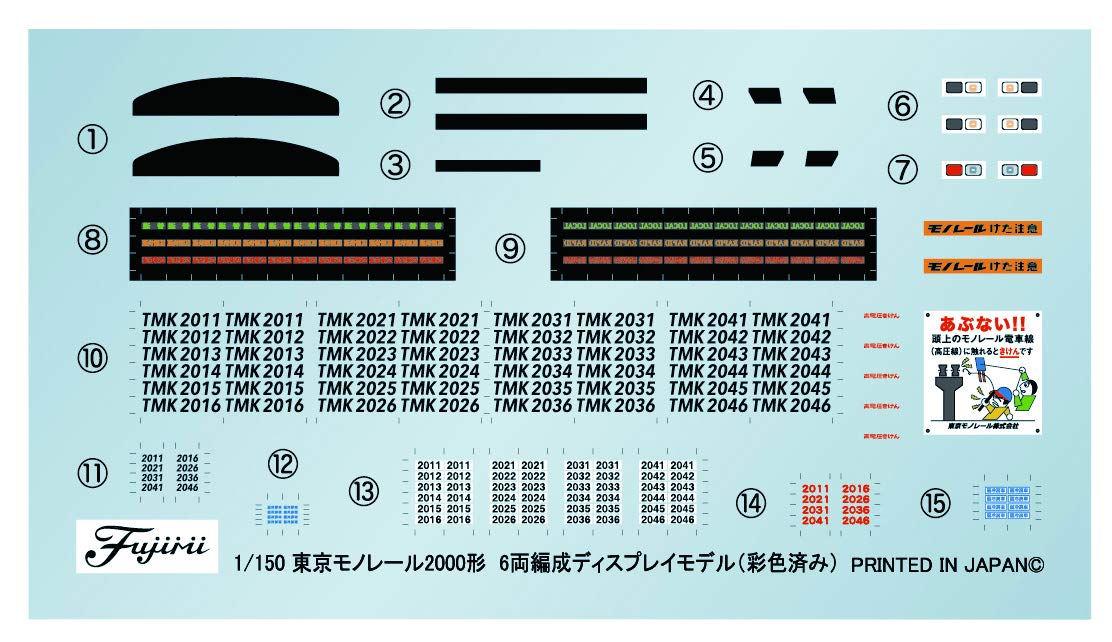 The former 1 formation 2 both systems are also reproducible.
□ The front light is a specification that puts the seal on the head light / tail light on the inside of the lens cover so that it can be easily reproduced.
□ The type display can be selected from 3 types: "Normal", "High speed section" and "Airport speed". 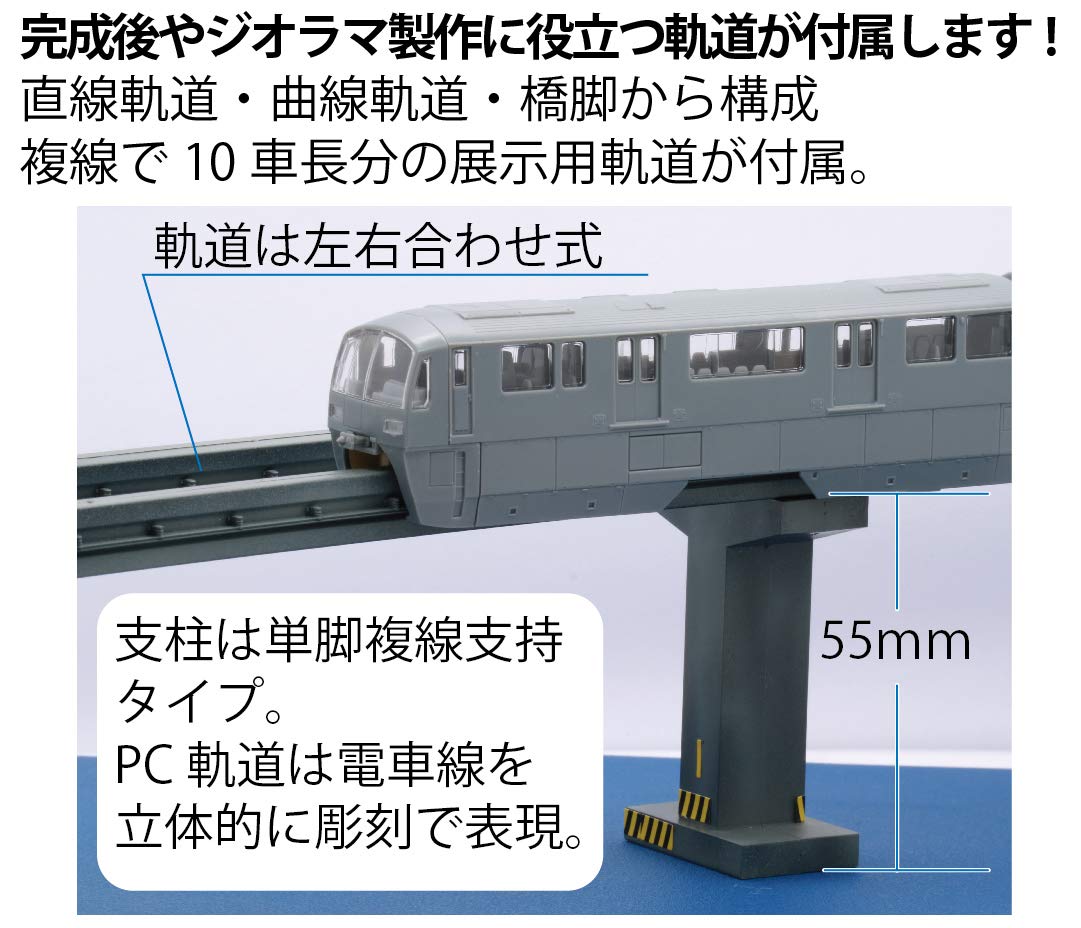 The trajectory which is useful for completion and diorama production is attached.
□ Consists of straight track, curved track and bridge pier. A track for display of 10 cars in double track is included.
□ The orbit is left and right. The bridge piers are 55 mm high, and are designed on the premise that they will be remodeled into slopes utilizing other bridge piers.
□ The support is single leg double wire support type. The PC trajectory represents the train line in three dimensions by engraving.

* The body shape is shared with part 10000 and the surface on the roof of the beat and skirt is different.
* Please note that some vehicles may have different antenna arrangements, skirts and seating arrangements.
* Display model. I will not do my own run.

Please make it by all meanslove 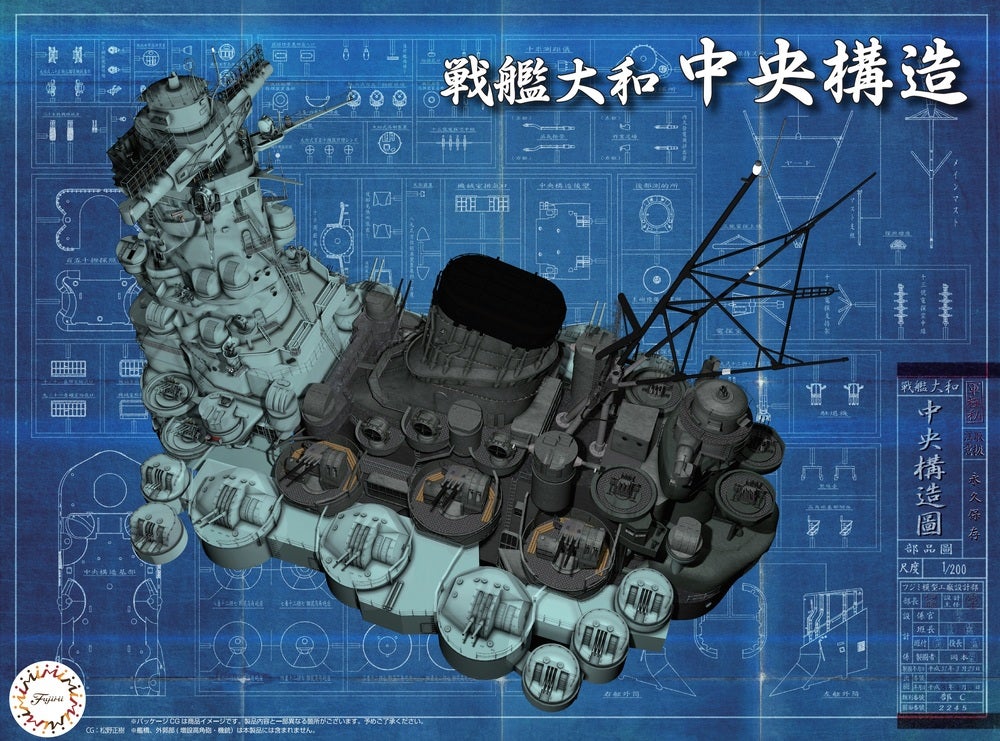 The world's largest battleship Yamato-type built by the Japanese Navy.

Injection kit of the central part of the battle defense zone!

A collection kit following the "Kanbashi" released in December 2018 on the big scale of 1/200!

□ Design is made with adhesion without using painting because it is adhesive type and each color is colored plastic molding when assembling .
□ The molding color is gray that imitates "Navy navy blue" which has been well received in the ship NEXT series .

□ Commercializes the range of “chimney, high angle cannon, mast, and rear ship bridge” following “ship bridge” on sale .
□ The product is based on the figure of the Yamato-type battleship "No. 1 Kansen Yamato" in the final form of Showa 20 .
-Equipped with two No. 13 probes on the mast. Delicate molding by 2 piece structure.
-Equipped with six search lights, the lens surface is a separate body clear molded parts.
-Six high-angle guns without shields (not included in this product)

● If it is 1/200 scale, the modeling point of the commitment 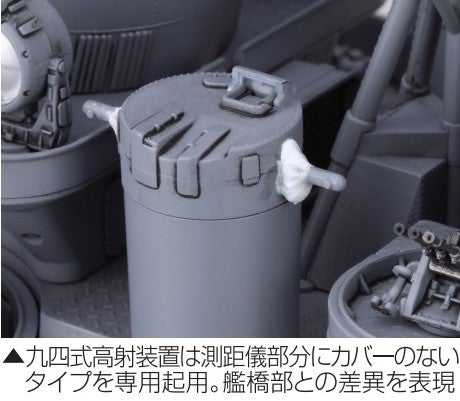 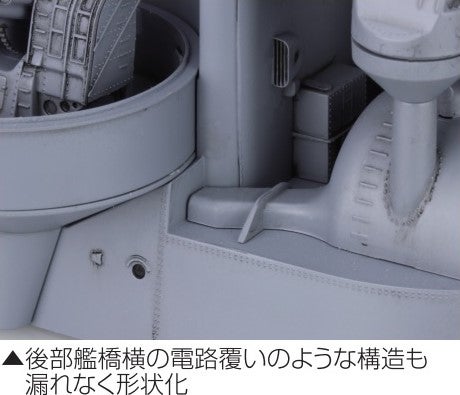 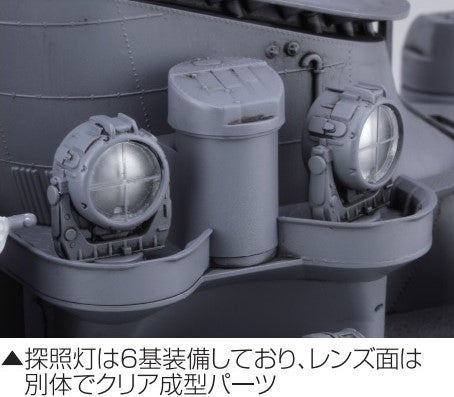 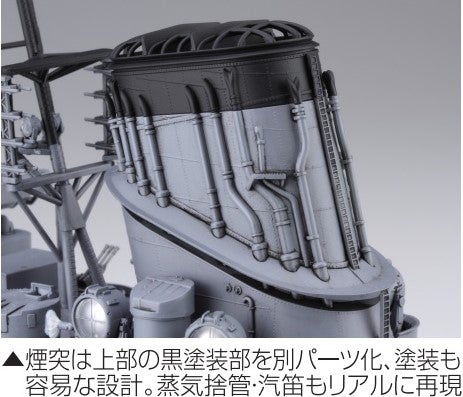 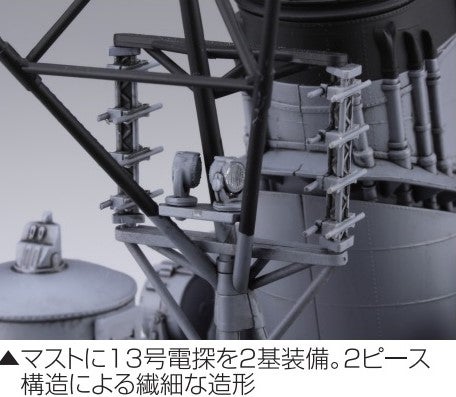 -Seal attached to color detail-Includes a
battle flag on the mast, and a middle general flag that indicates the commander's seat at the time of the first operation.
・ We prepare white line of mast part, white line on high angle artillery barrel, enemy plane identification figure of the gun seat etc.
・ We collected "Kimizu mark on the side of chimney" non-reason law Tenku ", chimney. 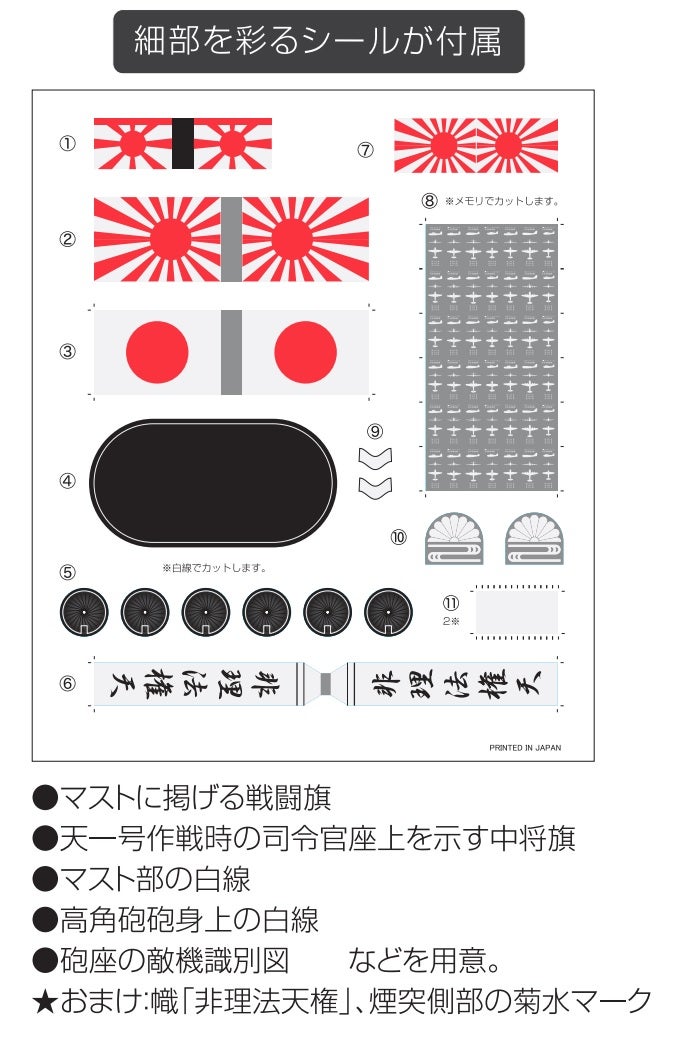 Fujimi model sends out, not Fuji Misutini … Equipment series to collect rather than

We introduce products on sale ★

Please collect, line up and collect!

The "blue chart" of the package which is also a feature of the series is a mark.

Reproduce the main gun of battleship Yamato to the internal structure! A nameplate for display is included!

The design is different from the optional nameplate. 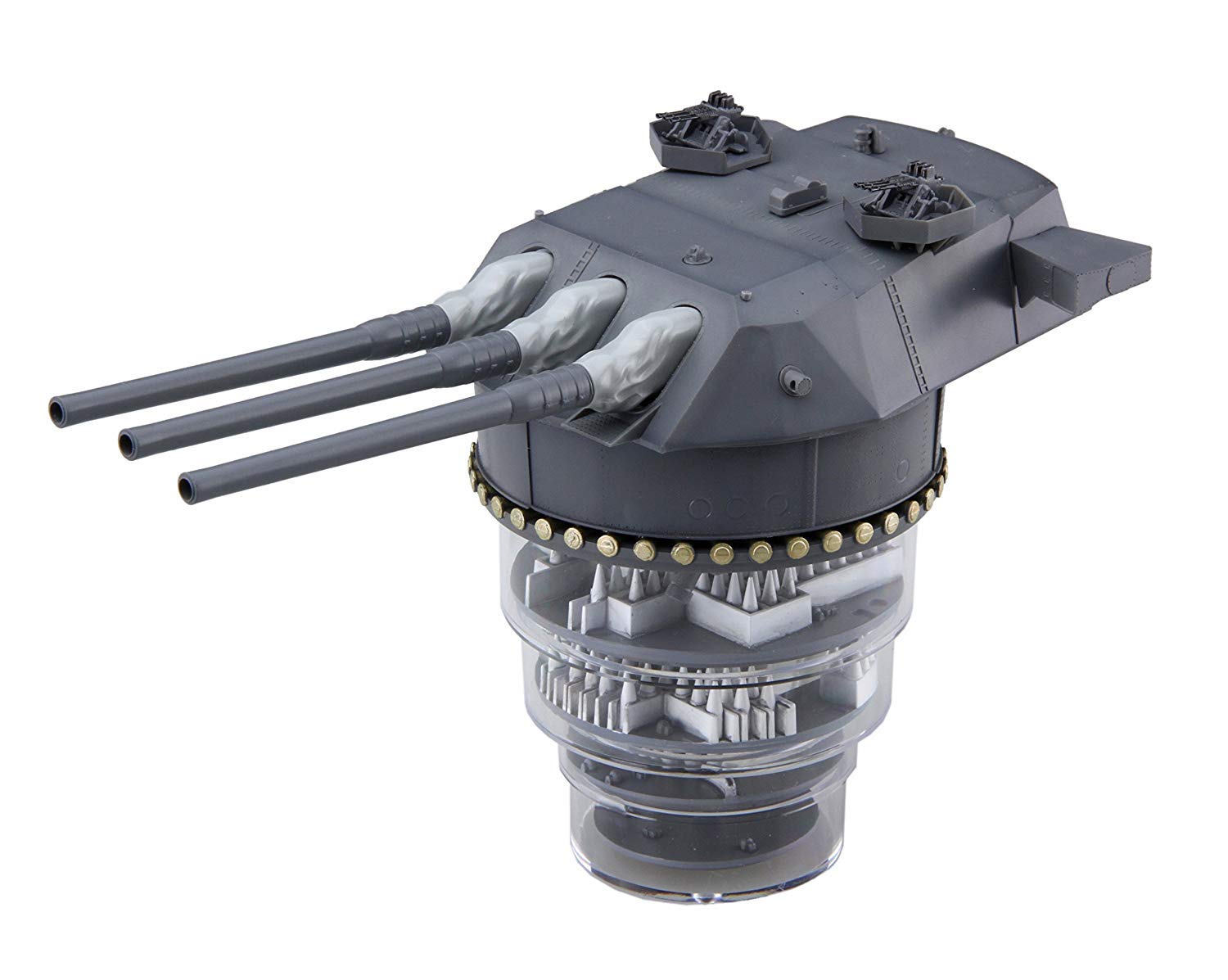 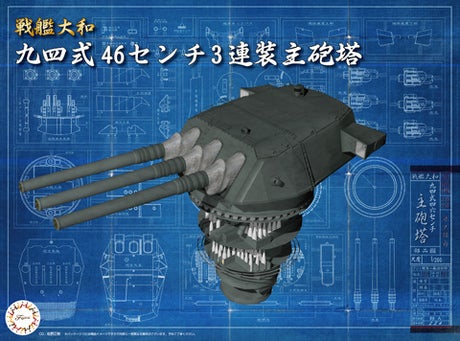 "Kanbashi" part which is the battle command center of "Battleship Yamato" is made into an injection kit!

You can make a collection side by side with "ninety-four 46 cm triple turret main turret"!

Injection kit for the type with the final stage of 25 mm 3 consecutive guns installed ! 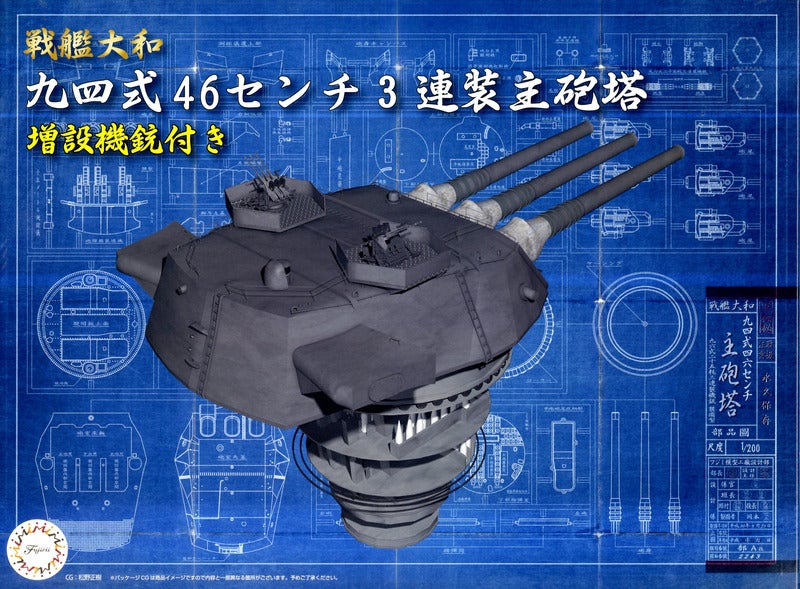 And this will be released in September ↓ ↓ 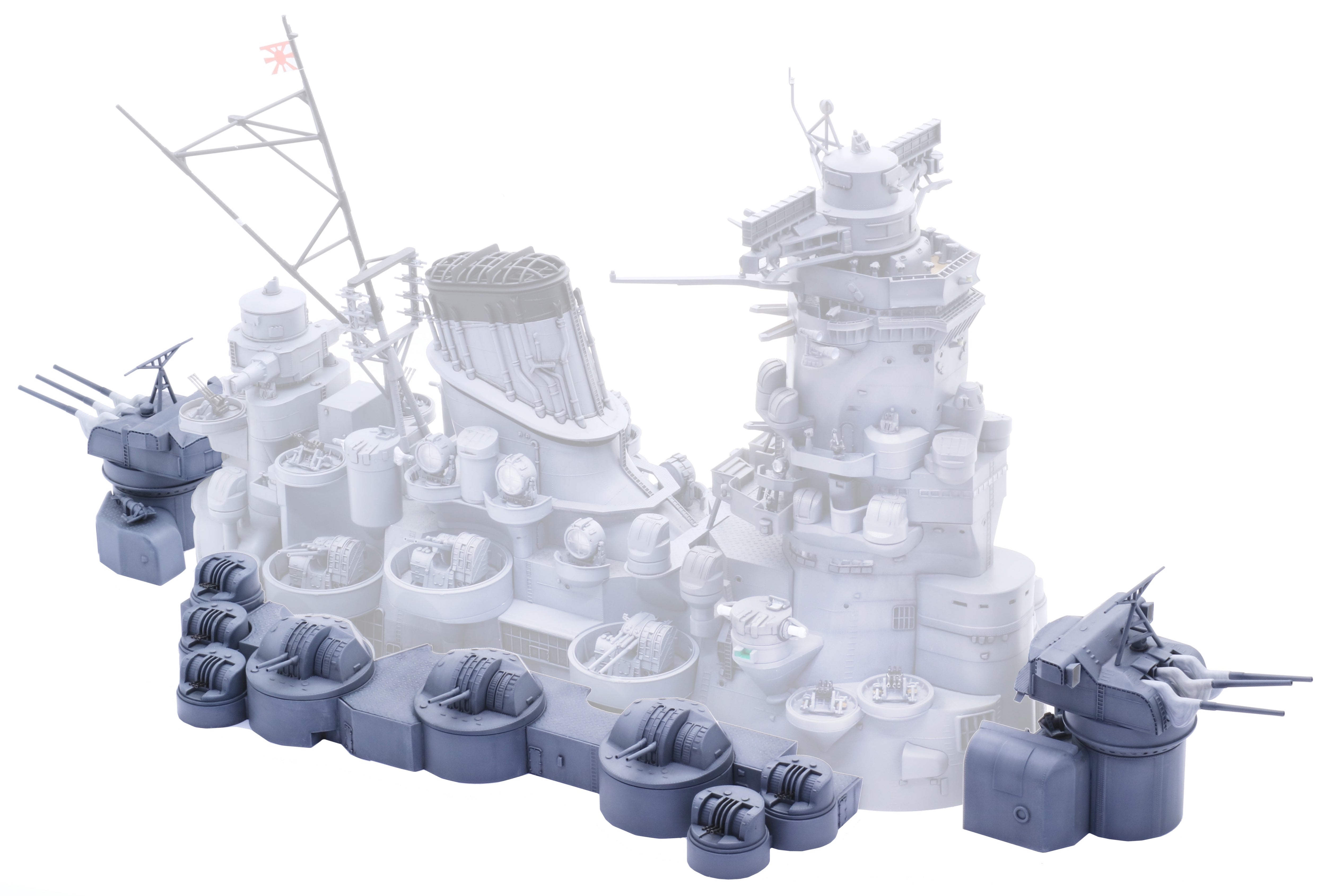 (All include turret base and antenna column)

Look forward to the release! 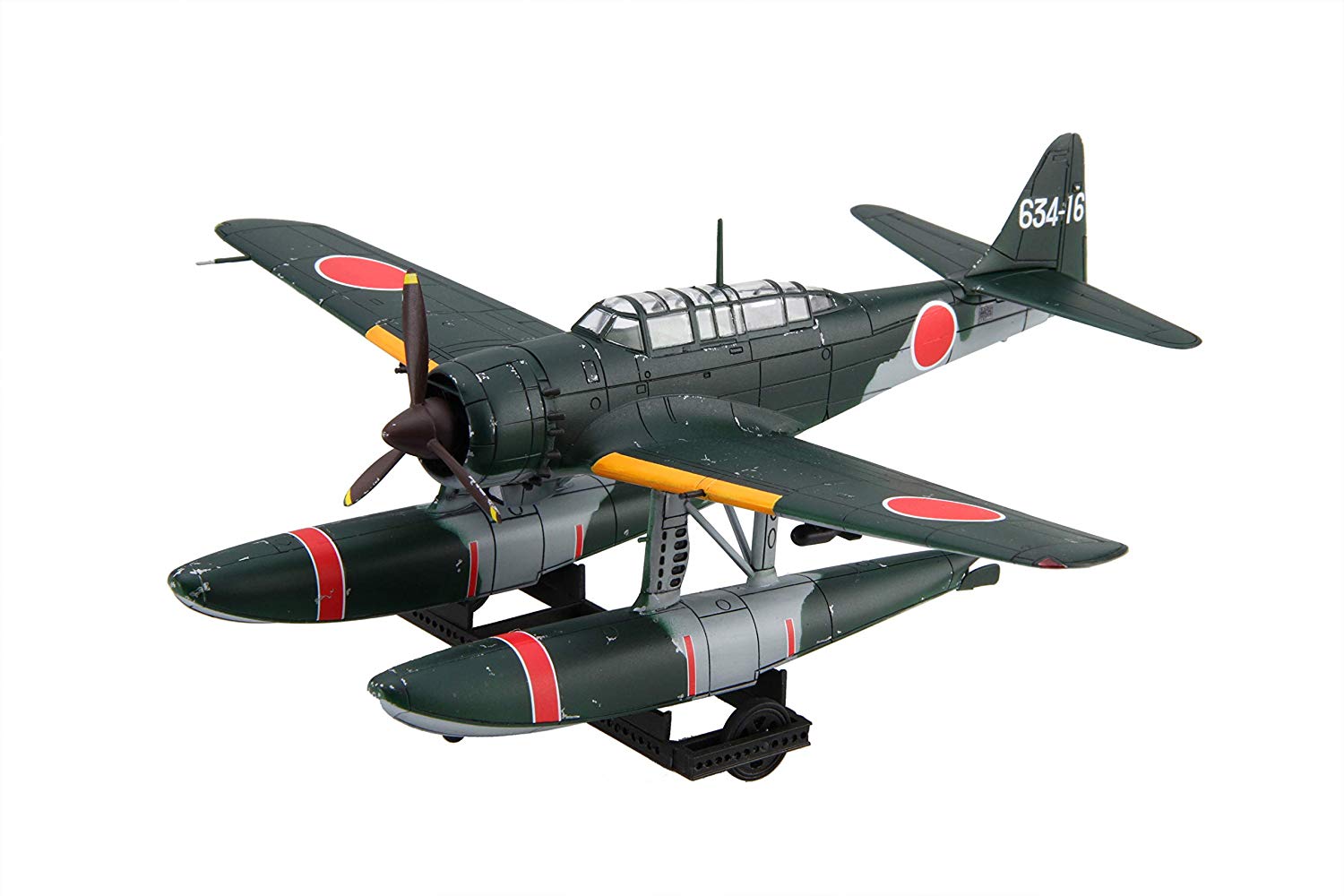 瑞 has renewed the specifications of the decals!Glitter 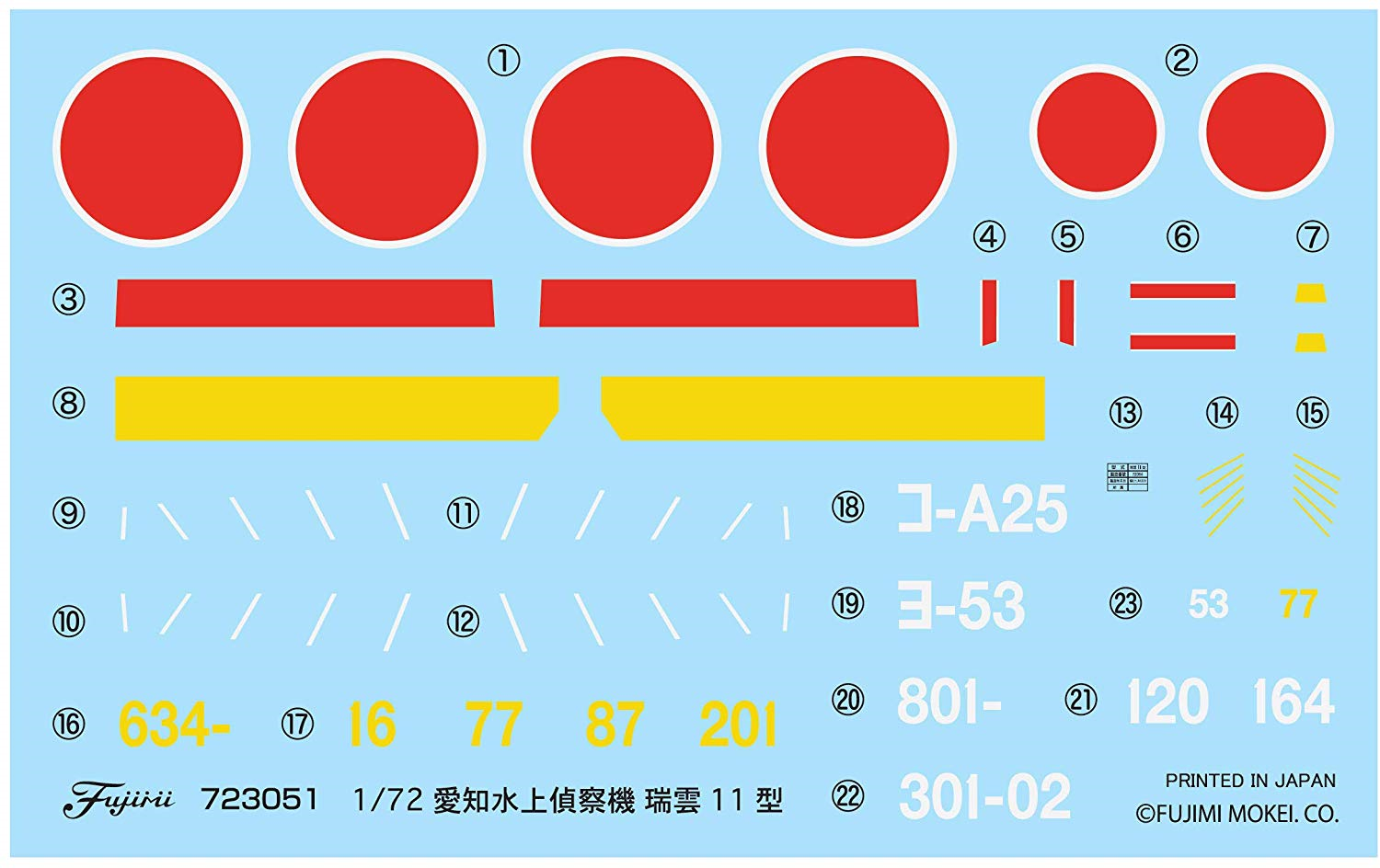 As for Utsukumo, it was loaded on the battleship Ise and Hinata, and the trained Okumo was transferred to the Philippines before the actual battle, and engaged in reconnaissance, night raid, raid missions and so on.

StarIt is a Japanese Navy aircraft of 1/72 scale.
StarThe dive brake can be selected to open or close. In addition, the type with a slit after refurbishing is also partized.
Star60 kg bombs are supplied with special parts.
StarThe canopy comes with special parts to allow you to select the open / close state.
StarPanel lines are represented by concave lines.
StarDolly parts are included, and you can enjoy more realistically at the time of exhibition.

Please make it by all meansExclamation markPlease